I recently purchased a “Lightning Trigger IV” from Stepping Stone Products, LLC Lightning Trigger Store and was eager to try it out.I was in Sarasota, FL last week and saw an approaching thunderstorm and thought it would be an appropriate time to try out the detector.  So, following the manufacture’s instructions, I mounted the detector on the hot shoe of my Nikon D810, plugged the cable into the appropriate slot on the camera, set the Mode Detector to “M” and then selected the camera settings.

It wasn’t long before I could see lightning in the background and sure enough the camera shutter began firing.  However, upon review I discovered I had not captured any lightning.  Digging into my camera settings I saw I was still in aperture priority at f/22 yielding a shutter speed of 1/125 second; significantly faster than the 1/4 – 1/15th second recommended.

Realizing my mistake I added a 6 stop neutral density filter, switched to manual mode, left the aperture at f/22 and set the new shutter speed at 1/4 second.

Unfortunately, by the time I completed these steps, the fast moving storm had moved north out of the field of view of my 24mm lens.  Even though the detector was still working and firing the shutter, I didn’t capture any lightning shots.

Fast forward to a week later.  It’s been raining almost every day here in North Central Florida and as I reviewed my “Storm” weather app, I saw a line of storms moving in from the Gulf of Mexico.  I quickly gathered my gear and headed 15 minutes over to Paynes Prairie.  This time I made sure I had the camera settings set to manual mode, f/22 and 1/4th of a second shutter speed.  It still took a 6 stop ND filter.  Over the next hour I captured the photos you see here. 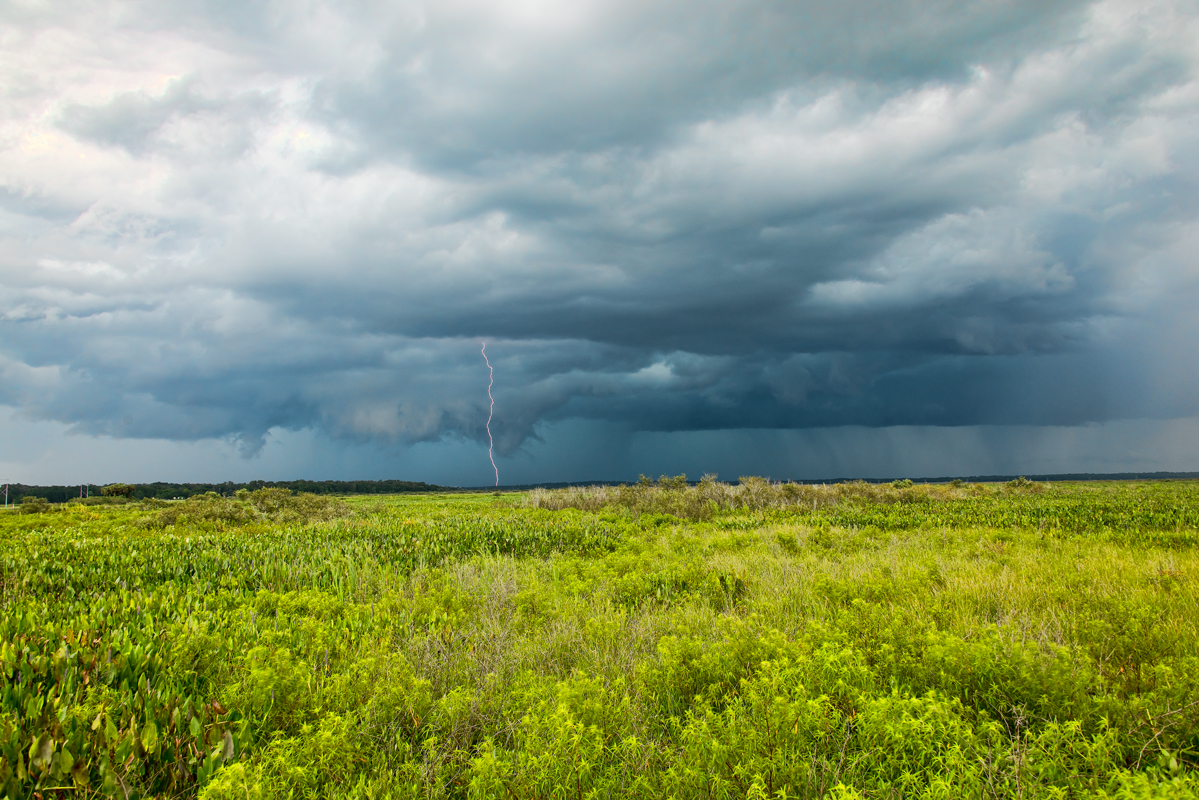 All in all it was a great day to photograph lightning and storms.